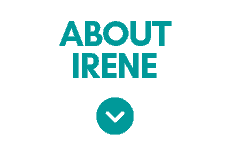 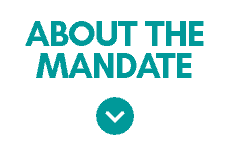 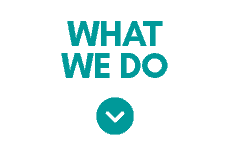 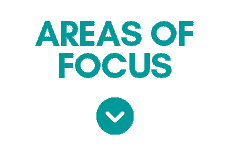 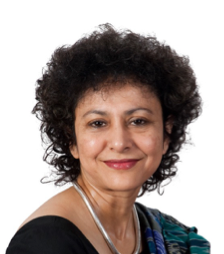 Irene Khan is an internationally recognized advocate for human rights, gender equality and social justice and has served as the UN Special Rapporteur on the promotion and protection of freedom of opinion and expression since 1 August 2020. She is the first woman to hold this position since the establishment of this mandate in 1993.

Born in Bangladesh, she studied at Manchester University and Harvard Law School before beginning her professional career with the UN High Commissioner for Refugees, working for 21 years across various headquarter and country operations, including Chief of Mission in India and Deputy Director of the Division of International Protection.

As the Secretary General of Amnesty International from 2001 to 2009, Irene launched their first ever global campaign to stop violence against women and girls and was the first woman ever to serve in this role. Under her leadership, Amnesty strengthened its work on political and civil rights, especially in the context of counter terrorism and armed conflicts, while also expanding its mandate to include economic, social and cultural rights.

As Consulting Editor of The Daily Star in Bangladesh from 2010 to 2011, she covered human rights, democracy and gender issues and supported independent media. The Chancellor of the UK’s Salford University from 2009 to 2015, she was also Visiting Professor at the State University of New York Law School in 2011.

From 2012 to 2019, Irene headed the International Development Law Organization (IDLO), the only intergovernmental organization exclusively devoted to the rule of law and sustainable development. As head of the IDLO she expanded programs on access to justice and championed Sustainable Development Goal 16 on peace, justice, access to information and effective institutions. Alongside these programs she also co-convened:

Irene collaborates with the Columbia Global Freedom of Expression program, including as a member of the Jury of the Global Freedom of Expression Awards. She was a member of the World Bank Gender Advisory Council, the UNAIDS High Level Panel on HIV Prevention and Human Rights, and the UN Global Compact Advisory Council. She sits on the governing boards of the Overseas Development Institute (UK), BRAC (Bangladesh) and Barefoot Law (Uganda).

Alongside her work as Special Rapporteur, she teaches at the Graduate Institute of International Development Studies in Geneva and is co-author of The Unheard Truth: Poverty and Human Rights, which has been published in seven languages.

Irene is the recipient of several awards, including the Sydney Peace Price in 2006, for her contribution to human rights.

Established in 1993 by the United Nations Commission on Human Rights (and subsequently extended by the Human Rights Council), the mandate of the Special Rapporteur on the promotion and protection of the right to freedom of opinion and expression was created in the wake of deep concerns at numerous reports of discrimination, threats and acts of violence and harassment, against professionals in the field of information, including journalists, editors, writers and authors, publishers and printers.

The mandate of the Special Rapporteur outlines the request for the appointment of an individual of international standing to:

To seek, receive and respond to credible and reliable information from Governments, non-governmental organizations and any other parties who have knowledge of these cases

To contribute to the provision of technical assistance or advisory services by the Office of the United Nations High Commissioner for Human Rights to better promote and protect the right to freedom of opinion and expression.

In order to carry out the duties outlined in the mandate of the Special Rapporteur, we:

1. Transmit urgent appeals and letters of allegation to Member States on alleged violations of the right to freedom of opinion and expression. The Special Rapporteur then summarises these communications as well as replies received from Governments in an annual report submitted to the Human Rights Council).

2. Undertake fact-finding country visits where we assess the standard of freedom of opinion and expression at a national level and, where appropriate, make recommendations for its improvement

3. Submit annual reports  to the Human Rights Council and to the General Assembly (starting in 2010 for the latter) which detail the activities carried out by the Special Rapporteur, outline recommendations to Member States and other stakeholders  and provide suggestions on ways and means to better promote and protect the right to freedom of opinion and expression.

Advancing sustainable development through freedom of opinion and expression

Freedom of opinion and expression is the linchpin of the human rights system, vital for the enjoyment of a range of economic, social and cultural rights as well as civil and political rights. It is as essential for education as it is for environmental protection, for empowering the poor as well as for ensuring free and fair elections, for eradicating corruption as much as for fighting the Coronavirus pandemic.

However, not much work has been done recently on the relationship between sustainable development and the right to freedom of opinion and expression. I am keen to explore this gap, especially given the acknowledgement of the importance of access to information in the Sustainable Development Goals.

Independent, diverse and pluralistic media online and offline is an essential pillar of democracy and an important means of ensuring transparency, accountability and public trust. The increased threats to media freedom and attacks on journalists with almost total impunity are deeply worrying. The growing use of criminal law to suppress journalists and bloggers is another disturbing trend. I believe the mandate can make an important contribution on the legal aspects of protection and prevention strategies, including by addressing impunity. I am in contact with UNESCO and OHCHR and the various international initiatives to enhance media freedom and the safety of journalists.

Putting a gender lens on freedom of opinion and expression

As the first woman to hold this mandate since its creation in 1993, I am keen to bring a strong gender – indeed, feminist – perspective to the mandate, both by mainstreaming gender in all aspects of my work as well as highlighting some distinct issues relating to women and girls. The considerable gender discrimination in women’s access to information, a widening gender gap in internet use in developing countries, on-line harassment and violence against women, misogyny in the media and unequal treatment of women journalists are just a few issues among others that require more attention.

Addressing the impact of digital technology

Digital technology has great bearing across the entire spectrum of my mandate and I see it as having cross-cutting relevance. My predecessor has done ground breaking work on various aspects of digital technology and their impact on freedom of opinion and expression. I intend to build on that work by focussing on some persistent issues as well as some evolving ones, including disinformation and hate speech, targeted surveillance, impact of technology on freedom of opinion, responsibilities of corporate actors and multi-stakeholder initiatives.  Technology and human rights is a dynamic area with many new ideas, new initiatives and new gaps in human rights protection emerging as digital technologies advance. I hope to contribute to various initiatives in the UN system as well as outside it.