#JournalistsToo: Backing off is not an option | Diana Moukalled (Lebanon)

I am an enthusiast of free spaces of expression created through social media, especially Twitter. I tend to follow the trending hashtags, I read the comments and participate in writing replies expressing opinions that are considered bold in our societies. I mean views on political freedom, personal freedom and equality, as well as on current events.

I take part in the criticism of public figures and I get drawn into discussing certain phenomena and news items. There is so much going on deserving of reflection, dialogue and sometimes explicit confrontation.

But I often ask myself: When are we supposed to stop? What are the limits when a campaign, any campaign, targets a particular person in a humiliating and destructive manner? I have experienced this feeling personally, although it’s nothing compared to what many others have endured.

Are these outrageous campaigns of cyberbullying, even when they represent legitimate opinions, ever useful? I have been concerned with this phenomenon for years: the escalation of individual and group participation in cyberbullying campaigns.

I am not talking here about criticism, which is useful and necessary, especially when a public figure does or says something stupid or shocking. I mean the outrage of vindictive people, with a strong desire to debase those who have made a mistake, or simply taken a stance incompatible with the majority’s opinion. Thus campaigns of slander, insult, defamation and fabrication begin.

I follow celebrities whom I would categorize as “thugs” on social media. They have become stars because of their ability to create provocative and scandalous hashtags that attract the vengeful. The examples are too numerous to mention.

Because of the magnitude of the reactions and comments, especially from anonymous people, the impact on the targeted person is considerably worse than from mere criticism. In the case of abusive hashtags, it seems as if a whole society or world has passed judgment and begun to destroy one’s life.

When the target of the campaign is a woman who has a role in public life, the onslaught becomes even more severe. The level of violence increases, horrific descriptions and sexual expressions are used. The issue becomes gender.

I have experienced gender-based attacks repeatedly in recent years. From the words “old”, “whore” and “ugly”, to the list of insults that have nothing to do with the content of what I say, but are attempts to degrade me as a woman.

These campaigns have become a constant subject of discussion for me and my colleagues who are active on social media. We are trying to find constructive ways to react.

One friend in particular, a famous media figure with many followers, is constantly exposed to savage bullying when she expresses a controversial opinion. She called me once crying. I tried to comfort her by saying she did not have to feel so vulnerable to sexual insults on Twitter.

I told her: “I’m no longer affected. I immediately block those who insult me and I don’t respond. You will be stronger with time – don’t back down from your convictions.”

But my words did not comfort my friend. “That is not a solution, to get used to insults and abuse. This is intolerable,” she said.

I realized all I was doing was resisting, but with no real ability to curb the vicious electronic attacks.

For me, the problem of cyberbullying really began five years ago, when I started to use Twitter and Facebook to participate in the public debate going on in Lebanon and the region.

I am a Lebanese journalist, I have worked in the media for 25 years and covered wars in Lebanon, Iraq, Afghanistan and Yemen. I have visited several hot spots, I am concerned with women’s issues and I have made a series of documentaries on the situation of women in the region. I have covered many subjects and faced a lot of prejudice and violence.

When I look back, I can recall many incidents of harassment and bullying that weren’t virtual. I remember going to Pakistan in 2002 to report on Taliban Islamic schools in Peshawar and visiting one of the famous schools where Taliban leaders had studied. I interviewed a prominent cleric, but he refused categorically to let me film in classes. While the male crew members did the filming, he took me to his home where I had to stay with his family until the crew had finished. In the presence of his wife and children, talking to me in Arabic which they couldn’t understand, he told me how much he enjoyed watching sexy Lebanese television programmes. This same cleric taught his young students that television is a satanic tool!

Among the bizarre incidents in my career, that one was humorous. Others have been scarier. But none had prepared me for direct contact through social media with polarized public opinion – an experience full of cruelty, indecency and unrestrained bullying.

The Reporters Without Borders 2018 annual report highlighted “cyberbullying” against media professionals, which the report describes as “shooting bullets in the virtual world”. It is a worldwide phenomenon, also affecting democratic societies. In the Arab world, “electronic flies” as they are called, lead defamation campaigns against journalists, as I have experienced.

Now I devote time to verifying the names of those who use abusive and indecent words to describe me, and I find they are mostly fake accounts, fictitious names of individuals whose followers are very few. And while the names vary, the language, phrases and insults are almost identical. These are the characteristics of the “electronic soldiers” used to defame and destroy people.

Electronic defamation and intimidation campaigns may not cause physical harm, but they create fear and anxiety, contributing to the spread of self-censorship. Journalists, especially women, may hesitate to discuss public issues related to war crimes, discrimination against women, minorities or corruption.

In a country where legal, social and religious violence against women is widespread, a bold statement or public attitude can result in a threatening campaign with frightening speed.

But escape and withdrawal are not the right choice, especially as they do not prevent attacks. These social media spaces play an important role in politics and public debate in the modern era, and women’s active participation must not be hindered by campaigns targeting them.

Social media has become a weapon of mass destruction – a phenomenon that will not stop and will not be rationalized, but will continue to be an outrage. For me the solution lies in the ability to ignore it and carry on. At least that’s what I’m trying to do.

One thing I am sure of: backing off is not an option. 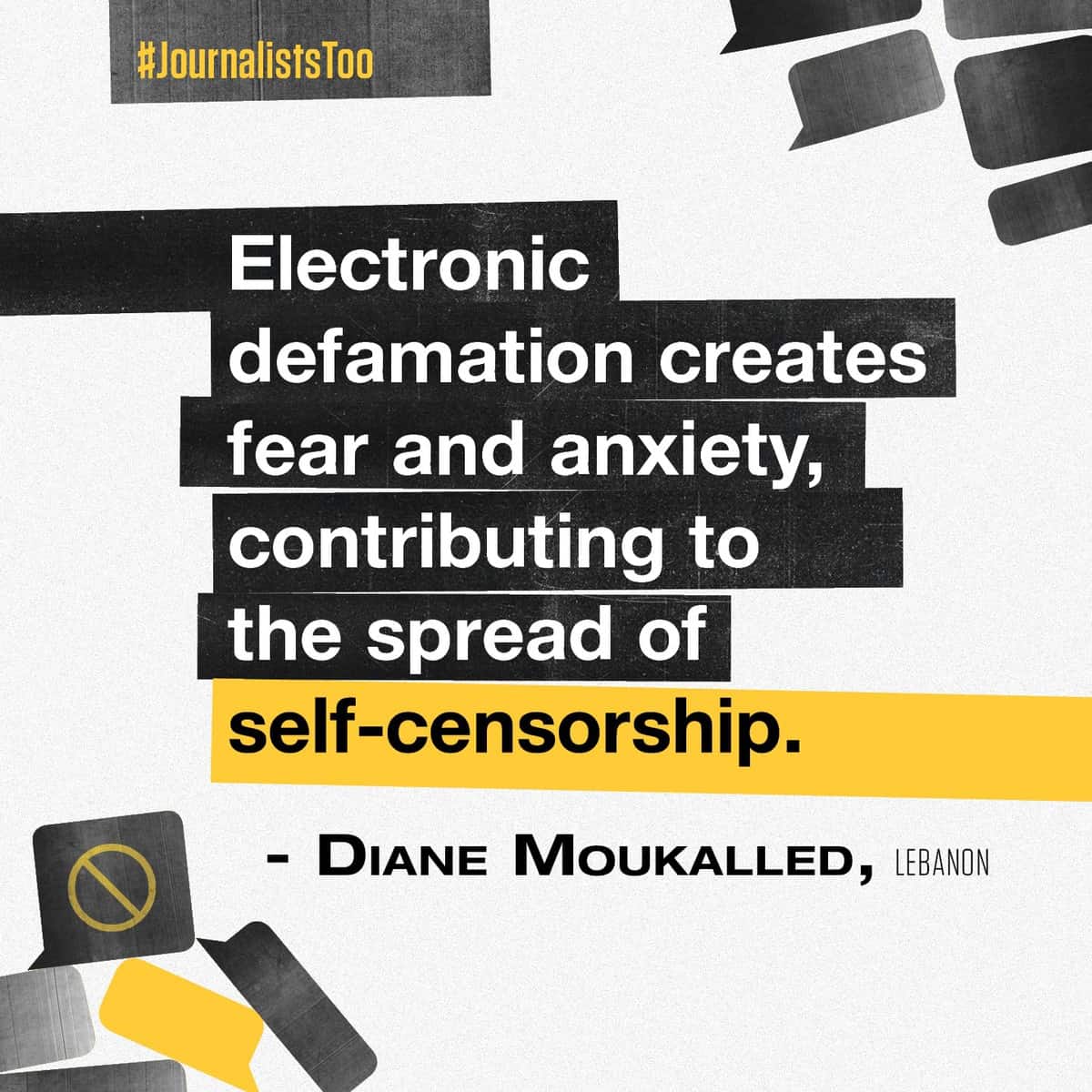